What Happens in an Internet Minute in 2017?

Data growth continued again in 2017 at breakneck speed and we wanted to share some eye-opening statistics to demonstrate the remarkable scope and reach of our brave new digital world. One significant milestone took place in June when Facebook announced yet another industry first – it broke the threshold to exceed two billion active monthly users. That means that in any given month, more than 25% of the world’s population logs in to their Facebook account at least once.

To put this into perspective just imagine your favorite baseball stadium packed with 50,000 people, and then multiply that number by a factor of 40,000. That’s an approximation of how many different people log into Facebook every month across the globe. Now that’s a LOT of data!

The chart below is a comparison of the most popular social media platforms and their average monthly usage. The scale is staggering with many now in the billions of users every month and there’s no slowing of growth expected. Video platforms like YouTube (second largest) are growing particularly quickly and could eclipse Facebook within the next 12-18 months. 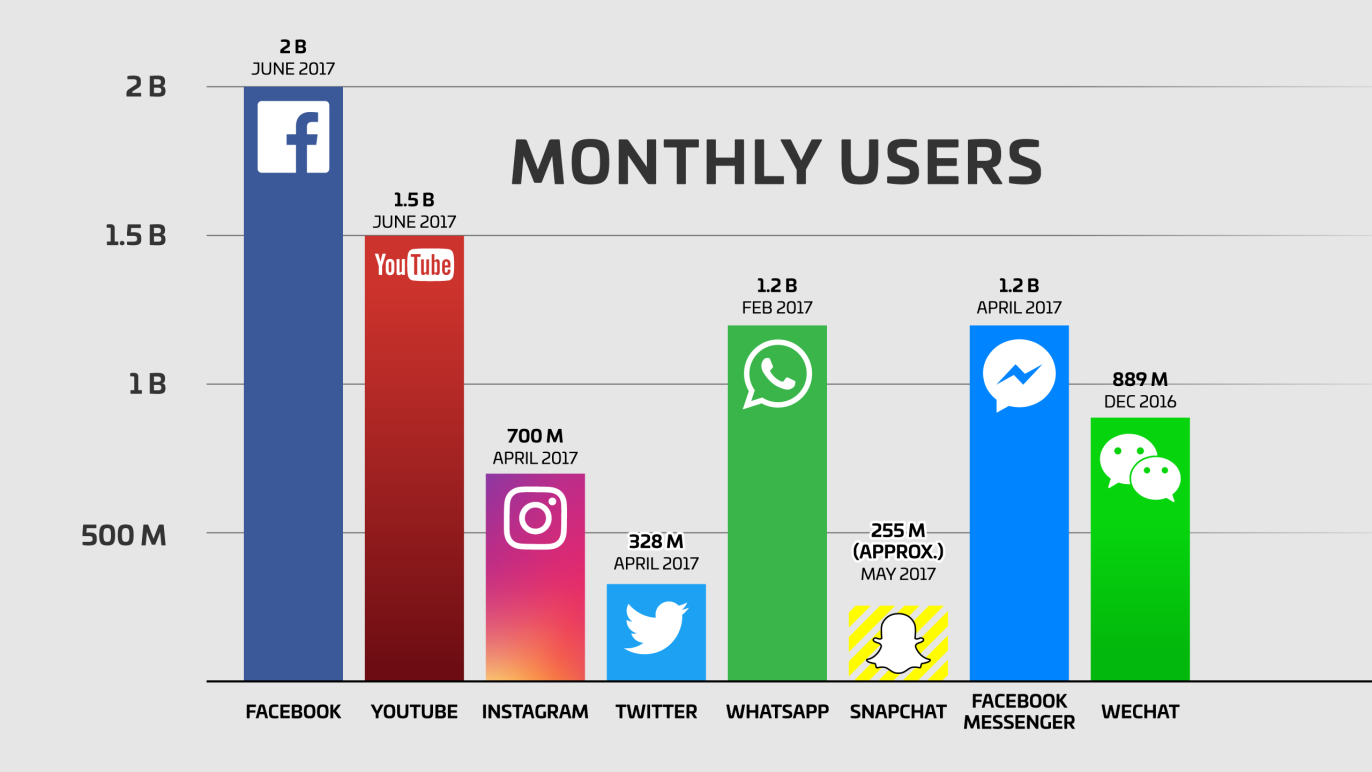 Credit: The above graphic was sourced from https://techcrunch.com/2017/06/27/facebook-2-billion-users/

We did a similar post last year, and wanted to share with you for 2017 what actually happens in just one internet minute. Created each year by Cumulus Media, the summary infograph below shows the incredible scale of e-commerce, social media, email, and other content creation that happens on the web every 60 seconds. 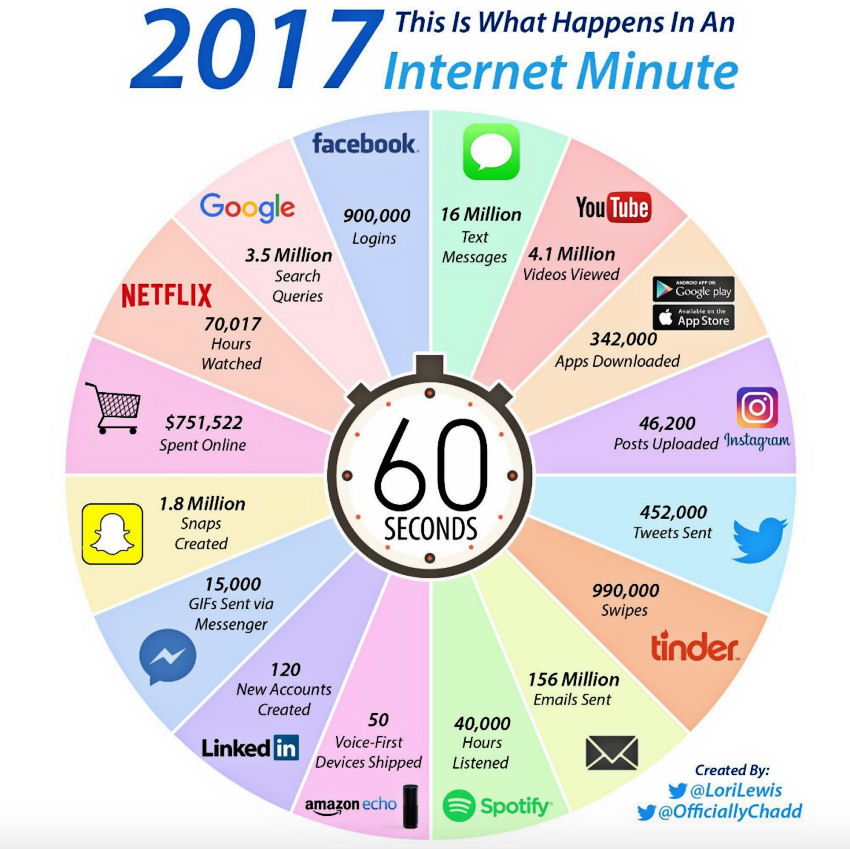 Credit: The above infographic was sourced from http://www.visualcapitalist.com/happens-internet-minute-2017/

Cyber shopping events like Black Friday create even greater stimulus to many of these online platforms and applications. It’ll be fascinating to once again compare these results in 2018…in the meantime, may your data journey be swift, secure and satisfying!